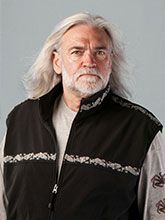 As a commercial crabber whose livelihood – and the livelihood of his crew – depend on his ability to find his target species in the most rugged saltwater environment in the world (Alaska’s Bering Sea), Capt. “Wild” Bill Wichrowski is notoriously efficient and demanding of peak performance on the water. And even though he’s known internationally for his time on “Deadliest Catch”, Wichrowski is a sport angler to the core: he’s an experienced international big-water fisherman who formerly guided sportfishing tours out of Costa Rica, Mexico and Alaska, and competes in some of the richest billfish tournaments in the world.

"The reason I like the Pro Sizzle Jr. is because it is weighted just right for throwing underneath bushes and shallow docks where most fish live during the spawn period in the summer. The clearer the water, the faster you need to move the lures. It creates a lot of top water action and commotion close to the bass for a longer period of time.” 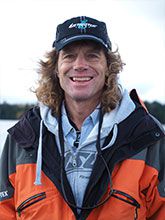 When Livingston decided to build baits for big toothy fish like muskie and Northern pike, there was only one name we considered: Pete Maina. A recognized expert at pursuing the gnarliest freshwater predators in North America, Maina was named one of Outdoor Life’s “Top 20 Anglers on the Planet” in 2011 because of his expertise at hunting giant muskie. In addition to catching muskie in over 500 lakes and reservoirs in Canada and the United States, Maina has appeared on and hosted countless popular television shows – including “The Next Bite”, “John Gillespie’s Waters and Woods” and Bass Pro Shops “Outdoor World” – and is the author of two books on muskie fishing (“Muskies Suck” and “Muskies Still Suck”).

"That was the lure that helped me make the move to jump above the weight that I needed to win with those bigger fish." - After winning the Bass Master Classic 2014